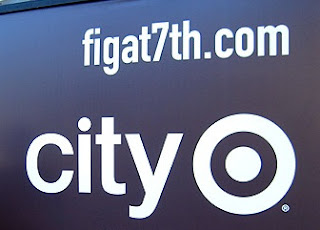 Target has announced that they are expanding their stores in Los Angeles.  New stores are scheduled to open at Beverly Center and on Oct. 17th in  Downtown Los Angeles at Seventh & Figueroa. The Target in Downtown LA will be part of a new retail area called 7thandFig featuring shops and restaurants.

The Downtown Los Angeles Central CityTarget will be the second of three (Beverly Connection, Westwood & DTLA)  CityTarget stores opening in Los Angeles. The store’s grand opening is Sunday, Oct. 14.  That's good news for all the folks living in downtown where's there not a convenient big grocery store or big box retail store.
Posted by Unknown at 5:39 PM