Gap's New Collection of Tees and The American Woman Exhibit, from Flapper to Siren 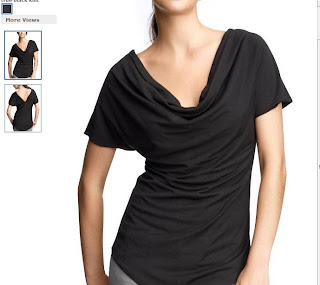 Pictured: The Gap's Screen Siren Tee, I love the draping on the front, and the back.
Frugal fashion provider Gap is the sponsor of the new exhibit, "American Woman: Fashioning a National Identity." To celebrate,   Gap has designed a limited collection of tees that are based upon the fundamental archetypes of the American Woman. 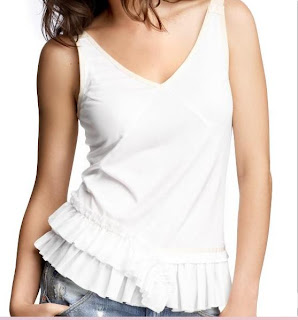 Pictured: The Gap's "Flapper' Tee is part of the new collection of Tees inspired by the exhibit, "American Woman: Fashioning a National Identity."
In addition to the Tees, Gap head designer Designer Patrick Robinson has teamed up with young designers Alexander Wang, Rodarte, Thakoon and Sophie Theallet to design gowns to be worn by celebrities attending the gala.  After the gala, these gowns will be auctioned off with proceeds going towards The Costume Institute.  Starting May 5, 2010 and through the entire month of May, Gap’s pop-up shop at 680 Fifth Avenue at 54th Street in New York City will be transformed into a salon displaying the dresses designed by Alexander Wang,  Rodarte, Sophie Theallet and Thakoon. Open to the public, the display will offer a firsthand look into some of the Met Gala’s red carpet couture. Additionally, a silent auction of the dresses will be offered at www.gap.com/gownauction, with all proceeds being donated by Gap to The Metropolitan Museum of Art in support of The Costume Institute. Bidders can log on to see each dress take shape from sketch to reality while learning more about the designers and their inspirations for each piece.  If you are in New York, and you see the dresses, drop a comment, and let me know how they look.
Posted by Unknown at 7:58 PM

Email ThisBlogThis!Share to TwitterShare to FacebookShare to Pinterest
Labels: American Woman:, Gap has designed a limited collection of tees